Marvin Lender’s late brother Murray was a major driving force behind the creation of the now-closed Irish Great Hunger Museum (IGHM) at Quinnipiac University in Hamden, Connecticut, in 2012.

Marvin, according to a letter he wrote to Connecticut Attorney General William Tong earlier this month, said he had learned with “deep sadness and disappointment” that the announced closure of the IGHM by Quinnipiac in August, due to budget deficits, would be permanent.

â€œWhen we provided our initial financial support, we knew the university would use the funds as our family had requested: to collect works of art and artefacts to tell future generations and bring them together under one roof. . They’ve been incredibly successful in doing it, â€Lender wrote in his letter to Tong, whose office is investigating the museum’s closure.

â€œWe also knew we could expect Quinnipiac to be a safe haven for the growing collection and to be the responsible custodian of our donations, as well as those of other contributors.

“Our intention as donors was that the collection, wherever it is kept, be an educational tool for Quinnipiac, Hamden, Greater New Haven and the North East Corridor, as well as a chronicle of the Irish people of that time. , many of who had emigrated to the United States, “he added.” I hope that with your encouragement, Quinnipiac will once again reconsider the wisdom of his actions. “

The Lender family are not the only ones to express their dismay that the IGHM is no longer supported financially by Quinnipiac. The museum is home to the world’s largest collection of art related to the Irish Great Famine, and many donors provided financial support and artwork based on what they saw as a long-term commitment. term towards the museum, which was founded by the former president of Quinnipiac, Dr. John Lahey.

Save Ireland’s Great Hunger Museum, a committee formed earlier this year to advocate for the IGHM to reopen, or to ensure its contents remain intact at another facility, has welcomed the lender’s support.

â€œ(We are) grateful that Marvin Lender is joining a growing chorus of concerned citizens who care deeply about the museum; his voice will only strengthen the resolve of those who believe the museum should stay where it is, â€group officials said. “We are continuing our efforts to revive the museum in its current location and hope to work in partnership with the university to do so.” 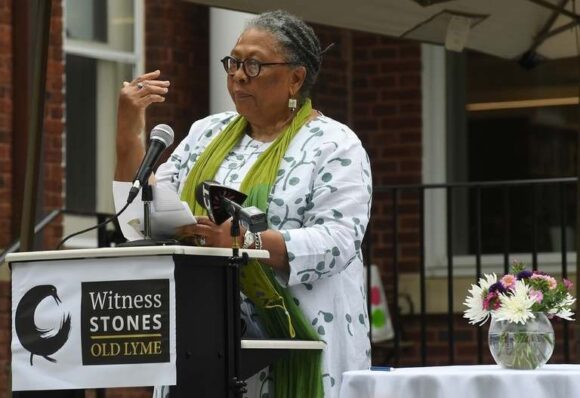